The Council organised or attended 19 events through February and March 2020 which covered all Local Committee areas and created an online survey to capture people’s views. The events were a combination of drop-in sessions in public places, and a presentation and workshop at Local Committee meetings. A cross party member task and finish group was established to oversee the process of developing the plan to achieve net zero carbon emissions.

The Climate Emergency Engagement Event Analysis report provides analysis of the aspects of the engagement campaign: the events, survey and Local Committee workshops.

Using data from Climate Just, we’ve created a set of maps to highlight the areas of the borough that are most likely to be affected by climate change and where impacts on wellbeing could be felt. The neighbourhood data comes from publicly available sources such as the UK 2011 population census.

To see the whole picture of what climate change might look like where you live, the BBC website has a tool developed with the Met Office to look at the impact of climate change, based on your postcode.

This measures where social vulnerability and exposure to flooding coincide in a neighbourhood.

Maps are available for flooding from rivers and flooding from surface water due to heavy rainfall. The risk is modelled in the present day and two future scenarios; an increase of 2 degrees in global mean temperature by 2050 and an increase of 4 degrees (both compared against a baseline taken from 1961-90).

The Met Office estimates that if carbon emissions are not reduced, by 2070:

This map shows where negative social impacts are more likely based on the level of vulnerability of each neighbourhood. 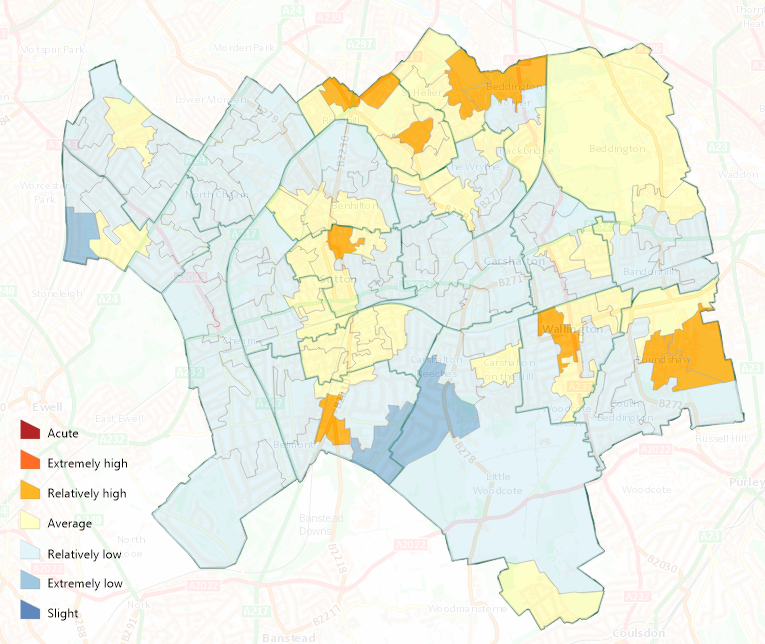